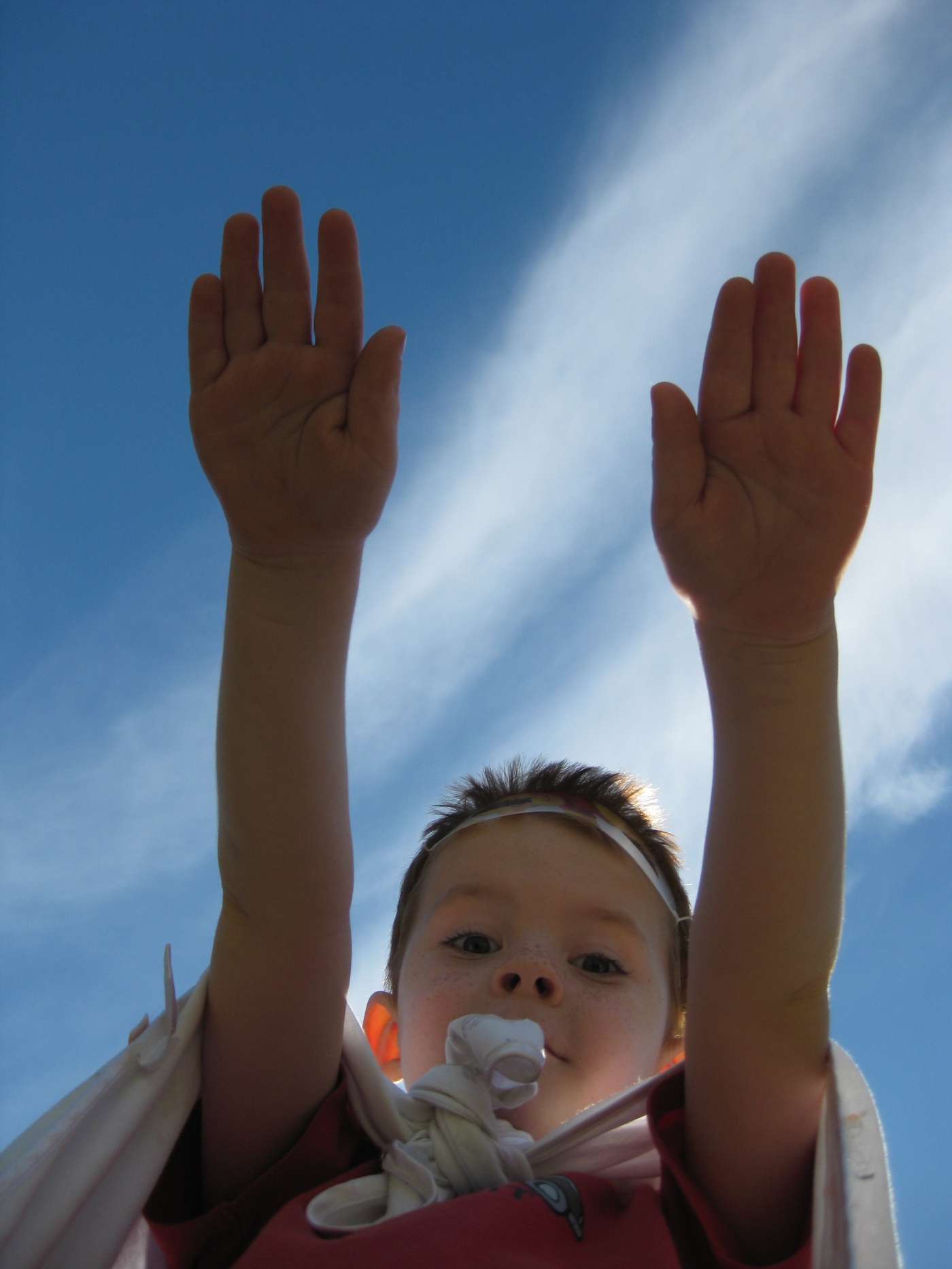 … tuck your cape in before you go down the slide! 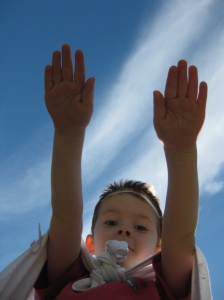 Today we went for a walk to the library and the playground. Jack came out dressed as a superhero – green gumboots (on a 28 degree day), a cape (baby blanket tied around his neck), a home-made, self-decorated mask, my winter gloves (did I mention it’s kinda hot today) and very importantly – undies on the outside of his shorts!!!

I told him that people would probably laugh at him – not because they didn’t like him, just because he looked funny and would make them happy. I asked him whether maybe he thought he should just wear normal clothes, but he was determined! He was absolutely stoked when the lady riding past him on the way yelled out “Go Superman!” Things were going well!

Until, he decided to go on the slide (thankfully a very small one, in easy reach). His cape got caught at the top and started strangling him rather forcefully. I was standing right next to him, but I had 3 other smaller kids to watch so it took me a few seconds to realise why he was making such a funny noise. Not a pretty sight to witness your baby boy half hanging half way down the slide. By this time some crazy woman is screaming at me “He’s choking” and running “to the rescue.” I already had him in hand though and aside from being fairly upset, having a rather suspicious ligature mark on his neck and a bruised super hero ego – he is absolutely fine.

I’m not the sort of person to panic when things go wrong, and I really thank God for that – I reckon that’s going to come in pretty handy in Mozambique, where I’m sure lots of things will go wrong. My preceived slowness to react is not me not caring, it is chance to take a look at the situation and figure out the best way forward. Although I’m sure the crazy lady thought otherwise from the death stares she was giving me 🙂

2 thoughts on “A warning to all super heroes…”