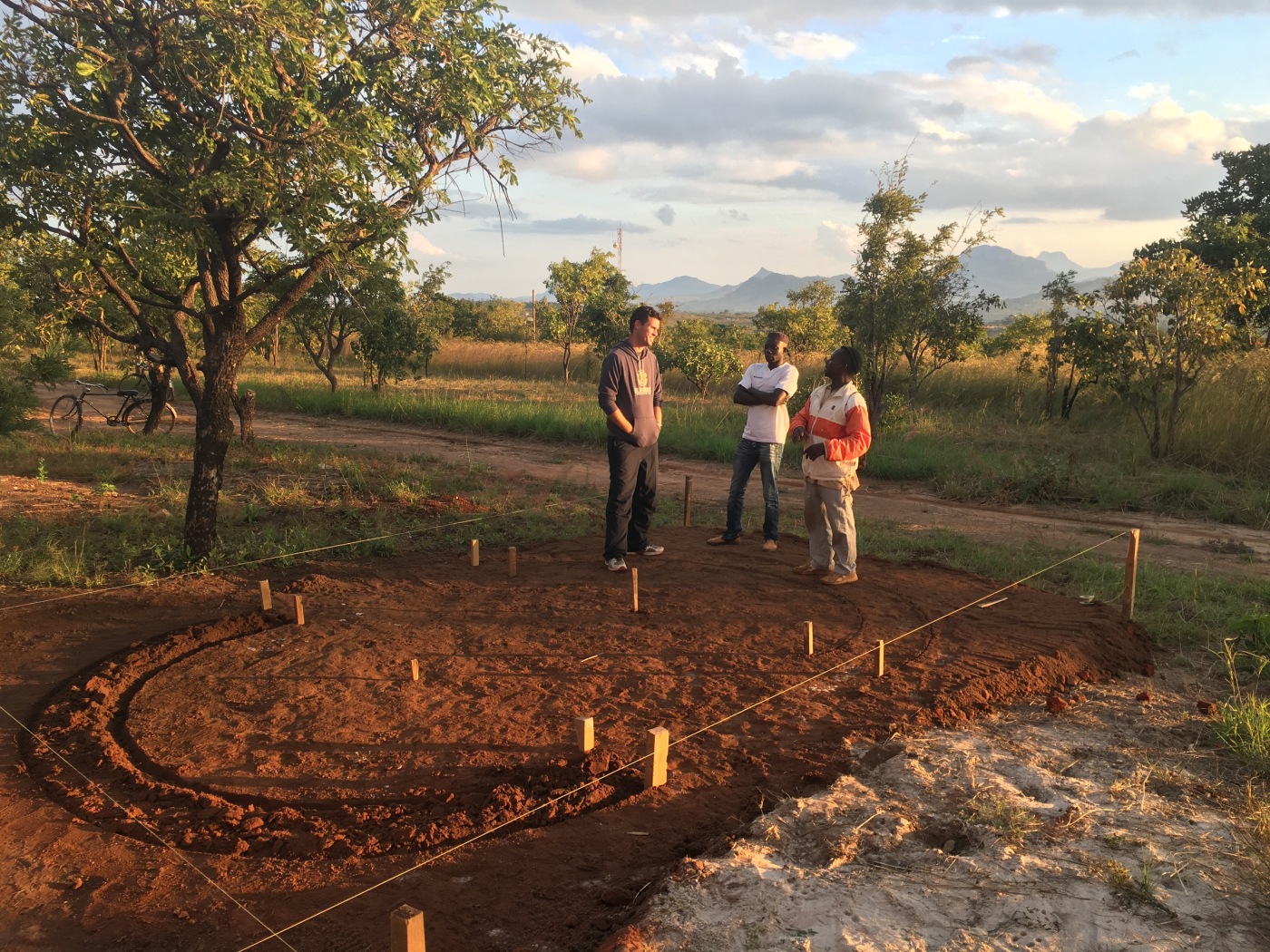 It’s not often we get things right here but I think we might have done something that people like! It’s pretty exciting.

We’ve been planning since before we started the house to have an area out the front where we can welcome visitors and sit and chat. The name for it in Chiyawo is cilindo (pronounced chilindo) and it’s like a gazebo.

Today, one of the Mozambican guys who did a lot of the brickwork on the house, started preparing the foundations for the cilindo and it’s already generating some interest.

Baba Taia (one of or guards and also a local chief) gave me a full tour of it including where all the posts would go, where the doorways are and a midair demo of where he might sit and chat.

Zacharias came to visit and the first words out of his mouth were “kutama kunguluka” which means to sit and chat. Both he and Baba Taia went on to explain that for us to have people sitting up on our verandah was really strange and the cilindo was a much better idea.