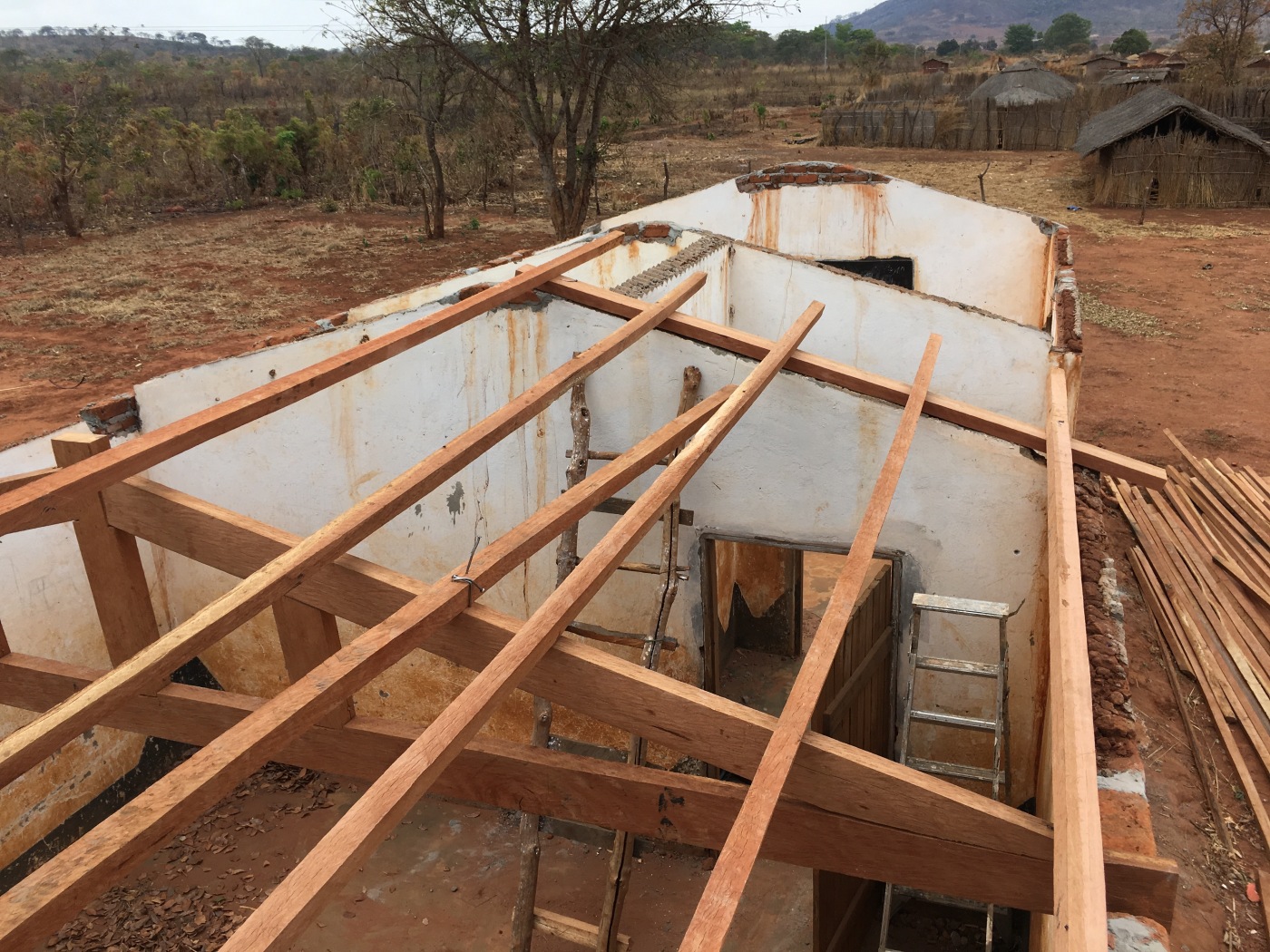 Ok. Maybe I’m being a bit dramatic. Near paraplegic experience. That’s what happened last week on Thursday. With all the crazy stuff that goes on here it doesn’t seem like it was even that much of an event.

We have a small project to help put a roof on a school. This school had it’s roof blown off last year in a storm and all the kids have been meeting for lessons in a grass hut. It certainly not ideal, so we have been providing the funds and helping the local guys do the building for putting a new roof on.

So there I was, on top of the roof timbers, busy nailing them on and moving around like a semi-professional-try-hard roof carpenter when one of the eucalypt timbers snapped. My left leg just gave way and I feel backwards from about 4 meters up. It all happened super quick but I had that slowed down feeling and thinking, “this is going to hurt when I hit the concrete”. But it didn’t hurt at all. I didn’t end up hitting the concrete floor. Instead I hit the chief of the village who was down below being our TA. He was half bent over so my upper back connected with his upper back and as he crumpled under me he just kind of lowered me to the ground! I rolled to my feet and realised that I had fallen on the chief and that he was now bleeding from the head, as that ended up hitting the ground, and he had a dislocated big toe due to the funny angle he crumpled at underneath me. 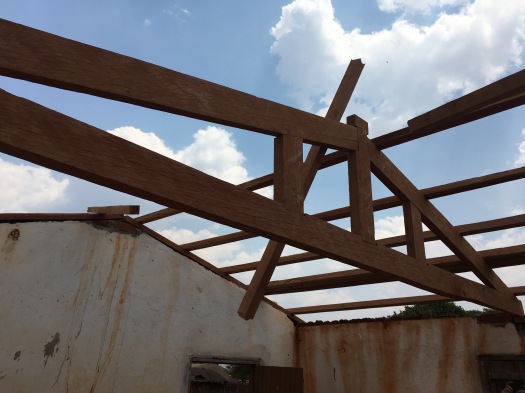 Our local colleague quick snapped his toe back in and we took him to the local health post to be checked out. Apart from a sore foot he was really ok – and apart from a “doctor” who was not convinced that ibuprofen and panadol have different modes of action – we were on our way back to drop him at his house.

We decided that maybe it would be best if we called it a day then and there, and come back the next day to finish the timber work. The surprising thing for the rest of the day was how shattered everyone was by the news that I had had a near miss! In our culture we say, “wow, that was close!” and move on. Here, we learned, a ngosi, or accident is a big deal -complete with visits from people and discussions in hushed tones about how close it was to something bad happening.

And is was close to something bad happening (it was already bad for the chief) – its never good to hit the concrete with the back of your head or your spine. I think maybe our night guards were right… “the Spirit of Jesus was walking close with your today”.

4 thoughts on “Near Death Experience”